May 2018 > Rethinking bitumen as a major source of materials

Rethinking bitumen as a major source of materials

Rising and richer populations throughout the world are creating unprecedented demands for housing, infrastructure, energy sources, and electricity storage systems. While conservation, recycling, and prudent lifestyles are essential, there is no doubt that large quantities of new materials will be needed to meet the growing expectations of these citizens.

This raises fundamental questions about the sources and nature of these materials, which should include bio-materials such as wood and agricultural fibres. Canada is fortunate in having the land-mass, transportation network, and expertise to become a global supplier of these products, but our bio-sector is unlikely to fulfill the global requirements for new materials.

We could therefore consider another major resource: proven oil sands reserves that contain approximately 180 billion barrels of the semi-solid form of petroleum known as bitumen, a very concentrated and localized form of carbon. By way of comparison with bio-materials, an oil sands reservoir measuring 100 m x 100 m x 30 m contains approximately 40,000 tonnes of carbon in the form of hydrocarbons, while a 100 m x 100 m field of cereal grains (such as corn or wheat) contains about 3 tonnes of carbon. 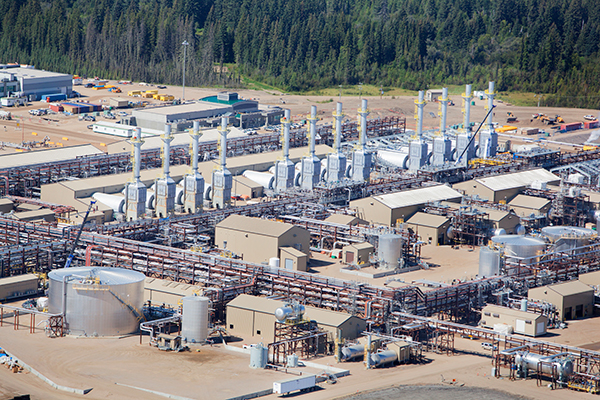 Alberta Innovates recently commissioned two studies on an initiative called Bitumen Beyond Combustion (BBC), which examined how Canada’s bitumen could be used for purposes other than energy generation by combustion. Most of the bitumen extracted from oil sands, just like conventional petroleum, currently provides an array of combustion products, including gasoline, diesel, heating oil, and aviation fuels. A much smaller portion goes to asphalts and petrochemicals.

The reports, prepared by myself and Stantec Consulting Ltd, identified ways of turning the oil sands into a source of valuable materials. We identified these materials around the following criteria: technical and commercial viability; competitiveness with or superiority to existing products; large-scale demand (i.e., requiring at least 100,000 barrels of bitumen per day by the year 2030); and contributions to Alberta’s prosperous, environmentally and socially sustainable diversified economy. Subsequent analysis revealed four promising product areas: carbon fibres; asphalts; vanadium electrolytes for large-scale electrical storage; and bio-degradable polymers.

In April, Alberta Innovates released an Open Call, announcing up to $2 million in funding and inviting applications to extend these earlier studies by

Applicants can propose ideas that were not identified in the previous two reports but still meet BBC criteria. In addition, the potential of these innovations could arise from the expansion of existing markets or the creation of new markets in the near and long term, although the former would be of particular interest. This work should address general gaps in the knowledge required to bring proposals into the marketplace, such as production systems, product performance characteristics, challenges around scale-up and competitiveness, and environmental or social impact.

The application process involves two stages: expressions of interest followed by full project proposals, with deadlines of June 8, 2018 and September 4, 2018, respectively. Eligible applicants are technology development companies, post-secondary institution research teams, and other organizations with relevant expertise.  There are no restrictions on the geographical location of eligible applicants, but preference will be given to applications that involve partnerships with Alberta industry or research institutions.  Funded applications must create benefits for Alberta in the form of economic, social, and environmental advances as well as climate change mitigation.  They may also provide experiential learning opportunities for undergraduate and graduate students, as well as other Highly Qualified Skilled Personnel.

You can find the Open Call and BBC reports at  https://albertainnovates.ca/report-delivers-key-market-insights-for-alternate-oil-sands-uses-in-tandem-with-2m-research-call/This work poses a major intellectual challenge: the development of large-scale non-combustion products from oil sands and other petroleum resources that serve global human needs, while meeting sustainability and business criteria.  It is nothing less than an appeal to imagination and ingenuity, the hallmarks of outstanding scientists, engineers, and other creative experts.

Dr. Axel Meisen is a consultant based in Victoria, B.C. who works with public and private sector organizations. He was the president of Memorial University of Newfoundland from 1999-2007 and the inaugural chair in Foresight at the Alberta Research Council and Alberta Innovates-Technology Future from 2008-2012.