Michael Sefton and Molly Shoichet, who are fellows of the Chemical Institute of Canada will be invested as Officers of the Order of Canada. The Governor General grants this honour as acknowledgement of major lifetime contributions to Canada that individuals have made in their respective fields of endeavour. For Sefton and Shoichet, who are both University Professors at the University of Toronto’s Department of Chemical Engineering and Applied Chemistry, those contributions have been in biomedical engineering, where they have each led specific advances in the use of innovative materials and regenerative medicine.

Sefton’s laboratory has pioneered the integration of polymers with living cells as part of the initiative that has become known as tissue engineering. The resulting devices include microcapsules and other kinds of tiny scaffolds that can act like drug molecules within the body, promoting biochemical activities such as inflammation, wound healing, immune responses, and the creation of blood vessels. Sefton regards this work as a crucial interface between the life sciences and chemical engineering, where studies from both these areas can find a stimulating learning environment.

Shoichet’s work has been similarly interdisciplinary, with a specific focus on techniques that could repair damage to nerve tissue. Her research has explored the use of hydrogels that could store stem cells in their undifferentiated state and allow them to be injected directly to an injured site, such as a broken spinal cord or a retina suffering from macular degeneration. Once there, these cells could treat these problems by forming healthy replacement tissue. 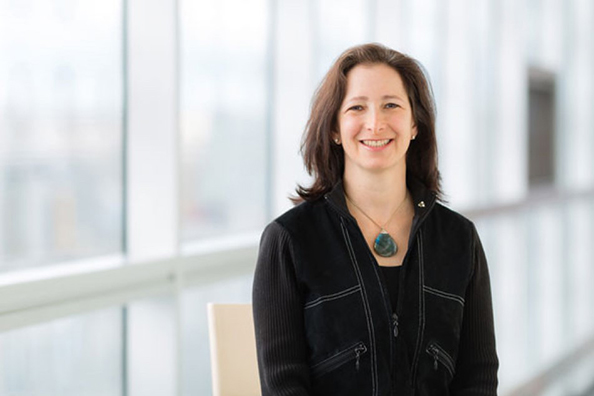 Shoichet has also championed the role of women in science and the promotion of science literacy across Canadian society. Last fall she was named as Ontario’s first Chief Scientist, a key advisory position with a mandate of advancing science and innovation in the province. She is also a founding partner of Research2Reality, an enterprise that showcases the work of the country’s most innovative researchers.

Last year Sefton became executive director of Medicine by Design, a U of T undertaking to accelerate the use of regenerative medicine to deal with ailments such as diabetes and stroke. He previously served as director of the university’s Institute of Biomaterials and Biomedical Engineering, where he oversaw the development of this organization into one of the world’s leading research bodies in this fast-growing area.

Sefton and Shoichet will receive their new titles from Governor General Julie Payette at a formal investiture ceremony to be held at Rideau Hall later this year.