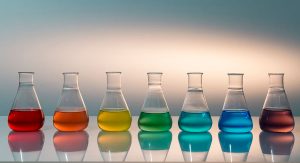 Although Pride month around the world varies depending on location, in honor of the Stonewall Riots June has become a de facto touchpoint to celebrate the 2SLGBTQ+ (Two-Spirit, Lesbian, Gay, Bisexual, Trans, Queer, + many more) community and to raise awareness of issues that face the community. This year, Pride month has taken place during a global pandemic, against a backdrop of a raised global awareness of systemic racism and discrimination and amid calls for substantive change. Recent events here in Canada, including opinion pieces within our national media and our own chemistry community, have shown that we are not exempt from these problems and challenges.

In particular, while there may have been localized successes, the long-recognized under-representation of women and other minority groups, including 2SLGBTQ+ people, in the physical and chemical sciences continues to be significant. Indeed, a study1 based on a 2015 survey of approximately 4,200 college seniors in 78 US institutions found that LGBQ students are approximately 8% more likely to pursue undergraduate research programs but markedly less likely to pursue an academic career. The exact reasons why many 2SLGBTQ+ people leave STEM remain unclear. Some factors, however, include: isolation, and uncertainty around attitudes to 2SLGBTQ+ people at work; being explicitly told that being out will be detrimental to career advancement; workplace harassment and culture issues; and lack of awareness and support regarding 2SLGBTQ+ issues. These factors are exacerbated by a lack of 2SLGBTQ+ visibility in STEM.

The expectations of both members and wider society towards our institutions and professional societies are changing, and with them a growing awareness of issues of equity, diversity, and inclusivity (EDI) and increased calls for meaningful action. Simultaneously, however, there are those who express dismay at EDI efforts, viewing them as a zero-sum game in which opportunities for diverse groups “take away” opportunities for the status quo. These views are, at best, oblivious to extensive research showing that diversity and inclusivity enhances, for example, talent recruitment, productivity, innovation, and excellence within organizations, institutions, and individual research teams. At worst, these views reject this evidence in favour of personal biases. In addition to the “bean counting” evidence for the importance of EDI, however, there is also the human perspective: it is simply the right thing to do.

The Canadian chemical sciences community, as individuals and networks, is increasingly responding to and addressing issues related to EDI. For example, the exceptional Canadian Women in Chemical Sciences (CWIC) network, in addition to other initiatives, organizes and hosts an outstanding annual Leaders Overcoming Gender Inequality in Chemistry (LOGIC) conference. There are now sessions at the CIC’s annual national conferences that lie at the intersectionality of EDI and chemistry. Notably, however, many of these events and initiatives are run and supported by members of under-represented groups and visible active allies who are often themselves members of another under-represented group.

The work and effort required to truly make the necessary changes that will benefit all of our community, however, cannot be left solely to those who have historically been unwelcomed or excluded especially from positions of direct influence. It in fact requires those in positions of leadership, including University Presidents, Deans, and Department Heads, to step up and speak to the challenges and issues faced by under-represented groups. Not only does this help ease the workload being carried by members of under-represented groups, it also sends a powerful message and expectation that your institution or department believes in and stands up for EDI. It may be that those in leadership positions are so worried about making a misstep when speaking to, for example, 2SLGBTQ+ issues (e.g., pronouns) that it results in paralysis of action. It is important that leaders recognize that they do not necessarily know everything; instead, they should be encouraged to take on the work of educating themselves about and understanding challenges 2SLGBTQ+ and under-represented groups face, and work to support and amplify the voices of marginalized groups. Missteps will happen, but acknowledging, apologizing, and striving to do better are all part of the allyship process. 2SLGBTQ+ people are here and want to be partners in the efforts of our STEM community.

This was evident at the LGBTQ+ in STEM conference that some of us, a group of 2SLGBTQ+ persons and allies, co-organized and hosted in Fall 2019 at the University of Windsor. Frustrated by the lack of awareness around 2SLGBTQ+ issues in STEM, we decided to not ask permission to hold a conference but instead use our privilege and voices to set expectations. We reached out to our networks for 2SLGBTQ+ speakers across a broad spectrum of fields in STEM. Through social media we invited anyone interested to attend. The response was incredible both professionally and personally; just 8 weeks later more than 90 attendees (2SLGBTQ+ persons and allies) from across Canada and the US joined us in Windsor, with speakers from such diverse STEM fields as chemistry, mathematics, physics, and neuroscience.

Our institution, along with partner companies, societies, and funding agencies also provided tremendous support. For some attendees, this event was their first scientific conference and also their first 2SLGBTQ+ event; others stated it was the first time they felt like they belonged in STEM. Indeed, Anthony Bonato, an invited speaker, noted that 2SLGBTQ+ people have “been invisible in the academy for so long that meeting or even knowing of the existence of LGBTQ+ colleagues makes a big difference” and furthermore that “visibility is a powerful form of advocacy”. Visibility is a powerful step that 2SLGBTQ+ scientists can take, if or when they feel comfortable to do so. It is time to break the isolation and barriers encountered by too many of our students, colleagues, and friends. As individuals, professional societies, and institutions we must take a stand for the principles of EDI and put them into concrete action for the future of the Canadian chemical sciences community.

*Note: The authors are currently exploring ways to connect and support the 2SLGBTQ+ Canadian chemical sciences community, including formation of a CIC 2SLGBTQ+ Member Resource Group that will in part provide advice and recommendations to the CIC. If you are interested in being a part of these initiatives, please contact the authors, Tricia Carmichael (@myatomicnumber), Nola Etkin, James Gauld (@jwgauld), and John Hayward (@johnjhayward).